Your Spine is Smarter Than You Think, Scientists Say

At Spine AZ, we like to think that the good health of our patients is our greatest achievements. By staying abreast with news in spine research, we can help bring our patients the best treatments available. Read below for an interesting article on a new study that shows how the spine may play a more vital role in controlling our arm movements than previously thought. 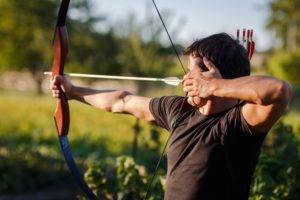 Your spine is “smarter” than you thought. A new study says that the nerves that run down the spinal cord can control complex motor functions in humans.

The brainstem connects the brain to the spinal cord, a long column of nerve fibers that runs down the spine and sends signals from the rest of the body to the brain and vice versa.

The spinal cord is more than just a messenger from the brain, it has the ability to react, move arm muscles and play a role in keeping our hands situated.

Study authors tested limb reaction by asking participants to rest their arm in a specially-made device that measured movement. They asked participants to keep their hand steady while motors pushed on their limb.

Circuits which travel down the length of our spine control things like the pain reflex in humans and some motor-control functions in animals. Now, new research from Western has shown that the spinal cord is also able to process and control more complex functions, like the positioning of your hand in external space.

“This research has shown that a least one important function is being done at the level of the spinal cord. It opens up a whole new area of investigation to say, ‘What else is done at the spinal level and what else have we potentially missed in this domain?’” said Schulich School of Medicine & Dentistry professor Andrew Pruszynski, the study’s senior and supervising researcher and Canada Research Chair in Sensorimotor Neuroscience. 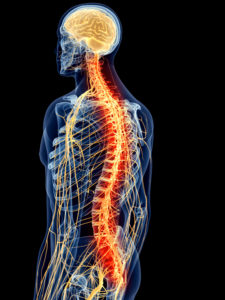 The spinal cord is more than just a messenger from the brain, it has the ability to react, move arm muscles and play a role in keeping our hands situated.

Using specialized robotic technology, a three degree of freedom exoskeleton at Western’s Brain and Mind Institute, subjects were asked to maintain their hand in a target position and then the robot bumped it away from the target by simultaneously flexing or extending the wrist and elbow. The researchers measured the time that it took for the muscles in the elbow and wrist to respond to the bump from the robot and whether these responses helped bring the hand back to the initial target.

By measuring the latency – or ‘lag’ – in the response, they were able to determine whether the processing was happening in the brain or the spinal cord.