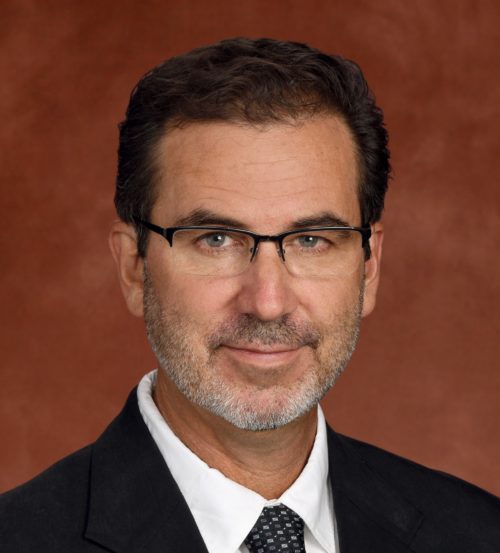 Allan Rowley, MD is a Board Certified Physical Medicine and Rehabilitation physician who has been practicing with the Spine Institute of Arizona since 2003. Originally from Berkley, California, he earned a bachelor’s degree in Physical Education from the University of California, Berkeley. After graduation, he moved to Tempe, AZ to attend graduate school at Arizona State University. He earned a master’s degree in Exercise Science with emphasis on the psychological aspects of sports and exercise.

Dr. Rowley attended Medical School at the University of Hawaii and graduated in the top of his class. He was President of the Hawaii chapter of the American Medical Student Association. His Residency was in Physical Medicine and Rehabilitation at the University of Colorado, Denver, where he was appointed Chief Resident. Dr. Rowley pursued subspecialty training at the University of Michigan, completing a Fellowship in Pain Management and non-surgical treatment of spine disorders.

Dr. Rowley evaluates and treats people with back and neck pain. He uses the latest, most precise techniques for diagnosing the cause of pain. These include x-ray-guided epidural injections, discography (injections into discs between the vertebrae), and injections in or around joints that commonly cause pain such as the facet joints of the spine, sacroiliac joints, hip and shoulder joints. He also uses interventional techniques designed to alleviate pain such as steroid injections, intradiscal procedures used to reduce disc pain, and denervation procedures used to interrupt nerves that carry pain signals.

In his free time, Dr. Rowley enjoys flying gliders and being a Boy Scout Leader for his kids’ troop.